Speed, power and extensive new features, GPU compute acceleration, HDR monitor support and a new memory management system ensure the Aﬃnity suite continues to be at the cutting edge of modern creative software. The 1.7 versions of Aﬃnity Designer and Aﬃnity Photo have both been launched simultaneously on Mac, Windows and iPad

Aﬃnity Designer and Photo today receive their biggest ever updates, adding market­leading performance improvements, best­ever usability and an extensive list of new features. The latest versions underline Serif’s commitment to pushing the limits of performance that users can expect from their hardware. It’s the same approach that made Aﬃnity apps the first fully­featured creative desktop apps to make the leap to iPad.

Aﬃnity Photo and Aﬃnity Designer are now fully optimised for multiple GPUs, including external eGPUs. Serif Managing Director Ashley Hewson says: “It’s really important that we are leading the way in exploiting the latest technologies available to us and our customers. GPU compute acceleration is something we have worked tirelessly on for the last couple of years as it is certainly the future in achieving phenomenal speeds, even when working on massive, deep­colour projects. We’re pleased to say that for Aﬃnity customers on Mac the future is now here.” 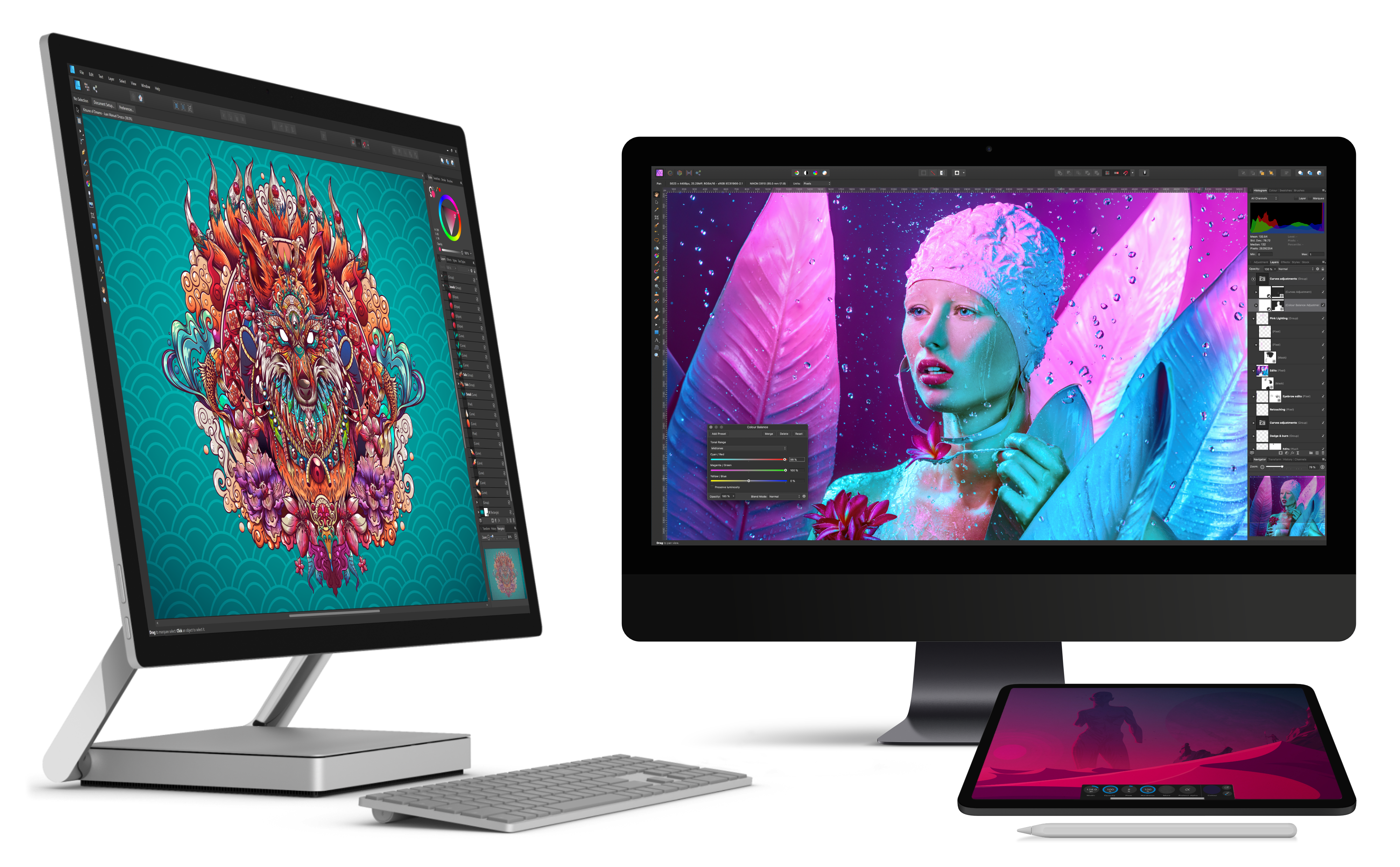 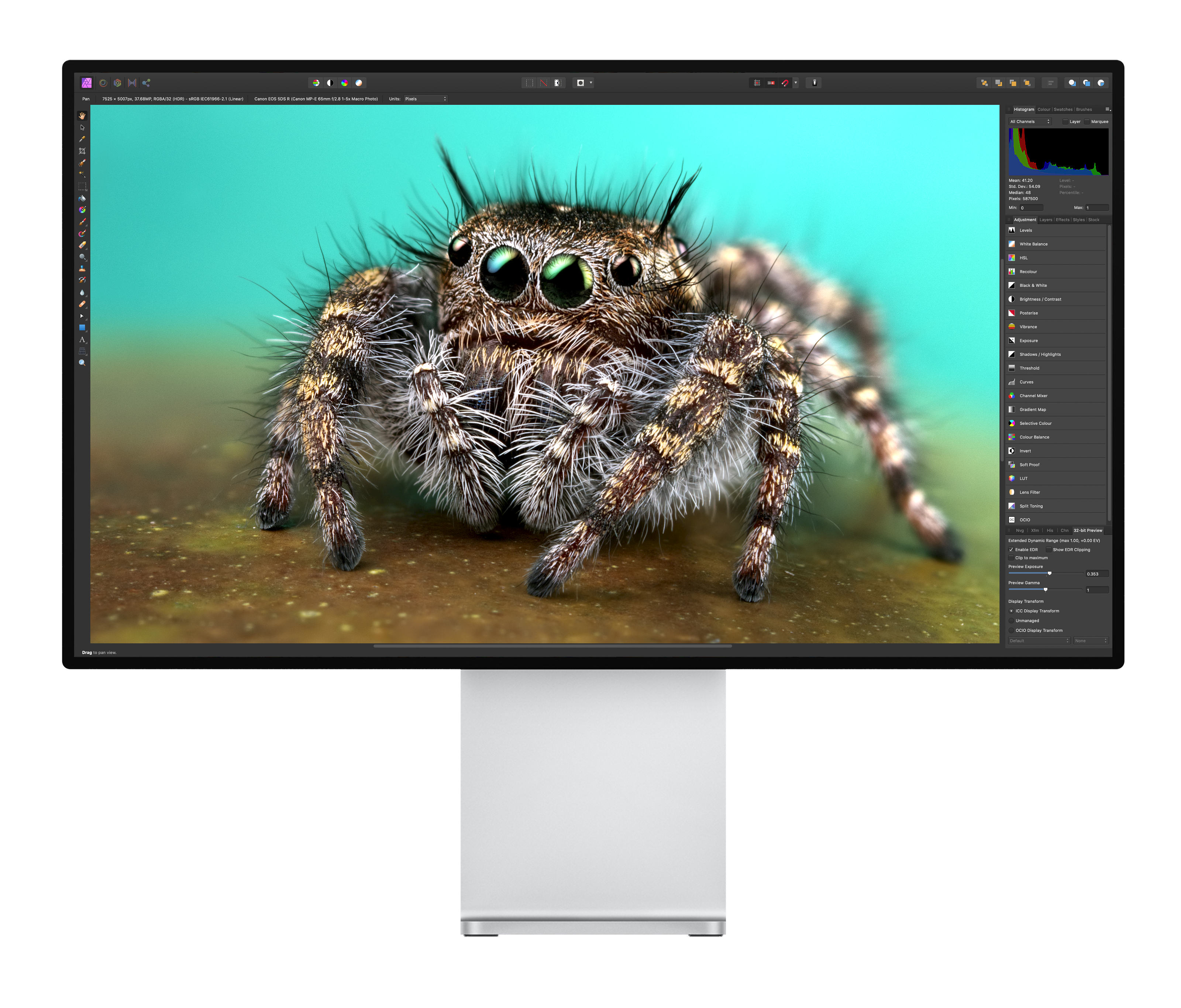 Serif is working on hardware acceleration for its Windows version too, although that will be delivered in a future update. But that hasn’t stopped them achieving big performance increases—today’s updates introduce a rewritten memory management system resulting in 3x or 4x speed improvements across many tasks on Windows machines.

“But this isn’t just for high­end photography. As more and more graphic content is being consumed on HDR displays, it will start to become important that designers are using an app which can both work in a 32bit colour space and render the results on an HDR monitor. Aﬃnity Designer is the first professional graphic design application to do both.”

“The new iPad mini is an incredible device, especially now it supports Apple Pencil,” says Ashley Hewson. “It’s pretty cool that you can work on high­end photo compositions or full design projects with thousands of objects on such a small device”

As well as these device specific improvements, there are plenty of new features and improvements which have been added ­ all of them available on the Mac, Windows and iPad versions from today.

“This update isn’t only about the big new features and performance gains—we’ve also made literally thousands of little tweaks and improvements to both apps based on all the feedback we get from our customers every day. It’s a lot of these little enhancements which add up to mean both Aﬃnity Photo and Aﬃnity Designer are more productive than ever before.” 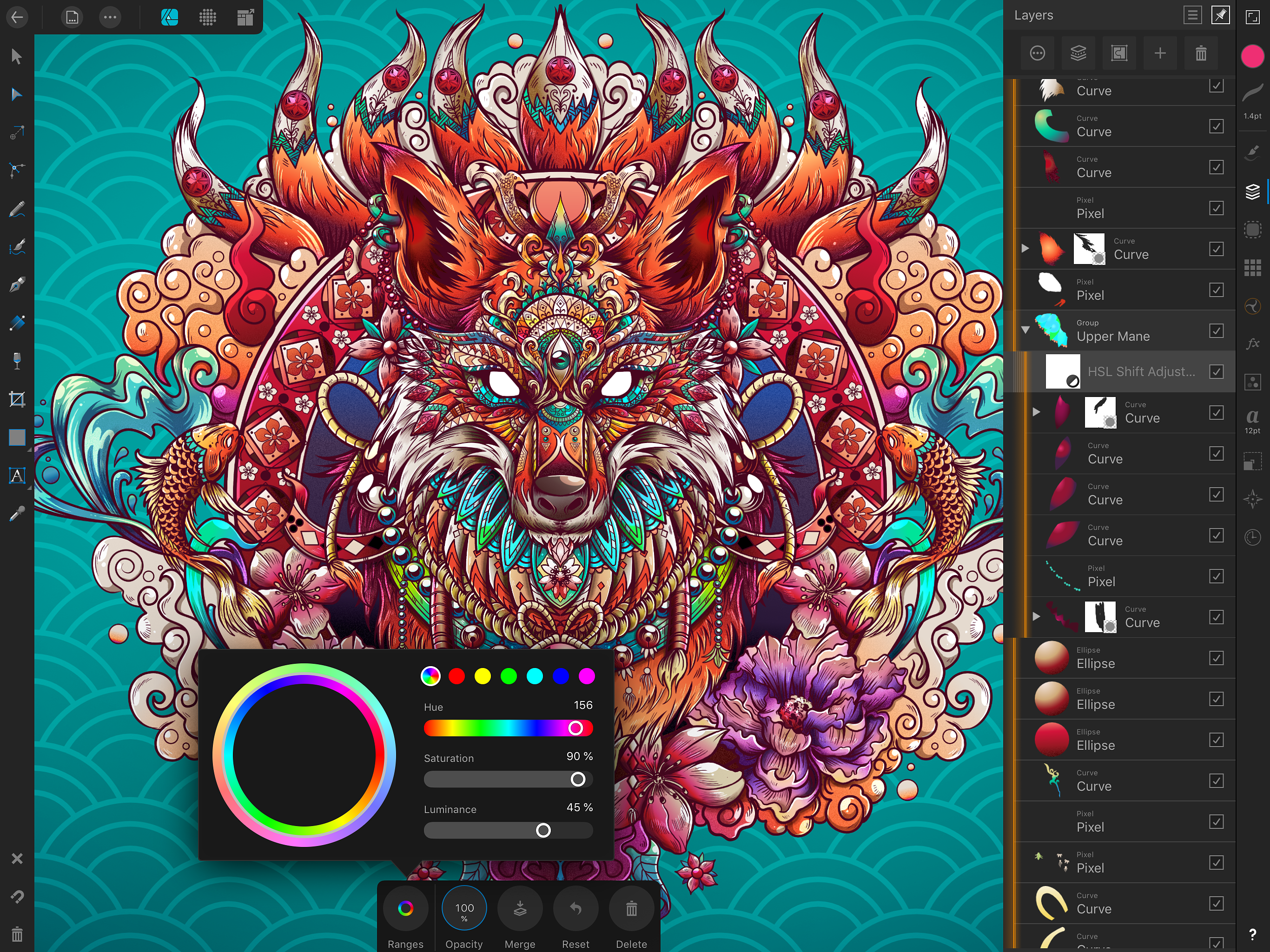 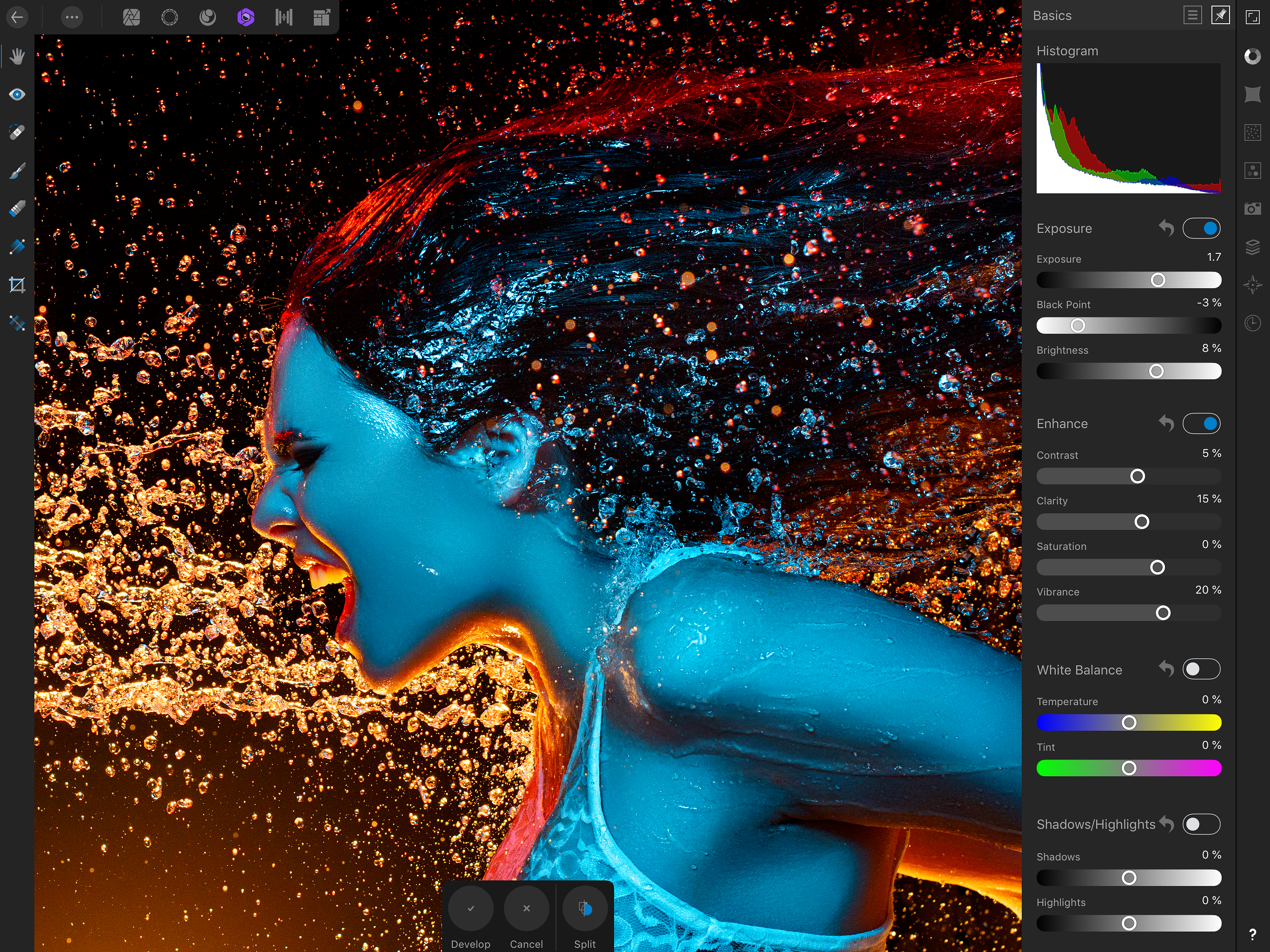 The new 1.7 versions of both Aﬃnity Photo and Aﬃnity Designer are available now with a 20% discount ($39.99 desktop, $15.99 iPad) with no subscription. Existing users can download the updated versions free. 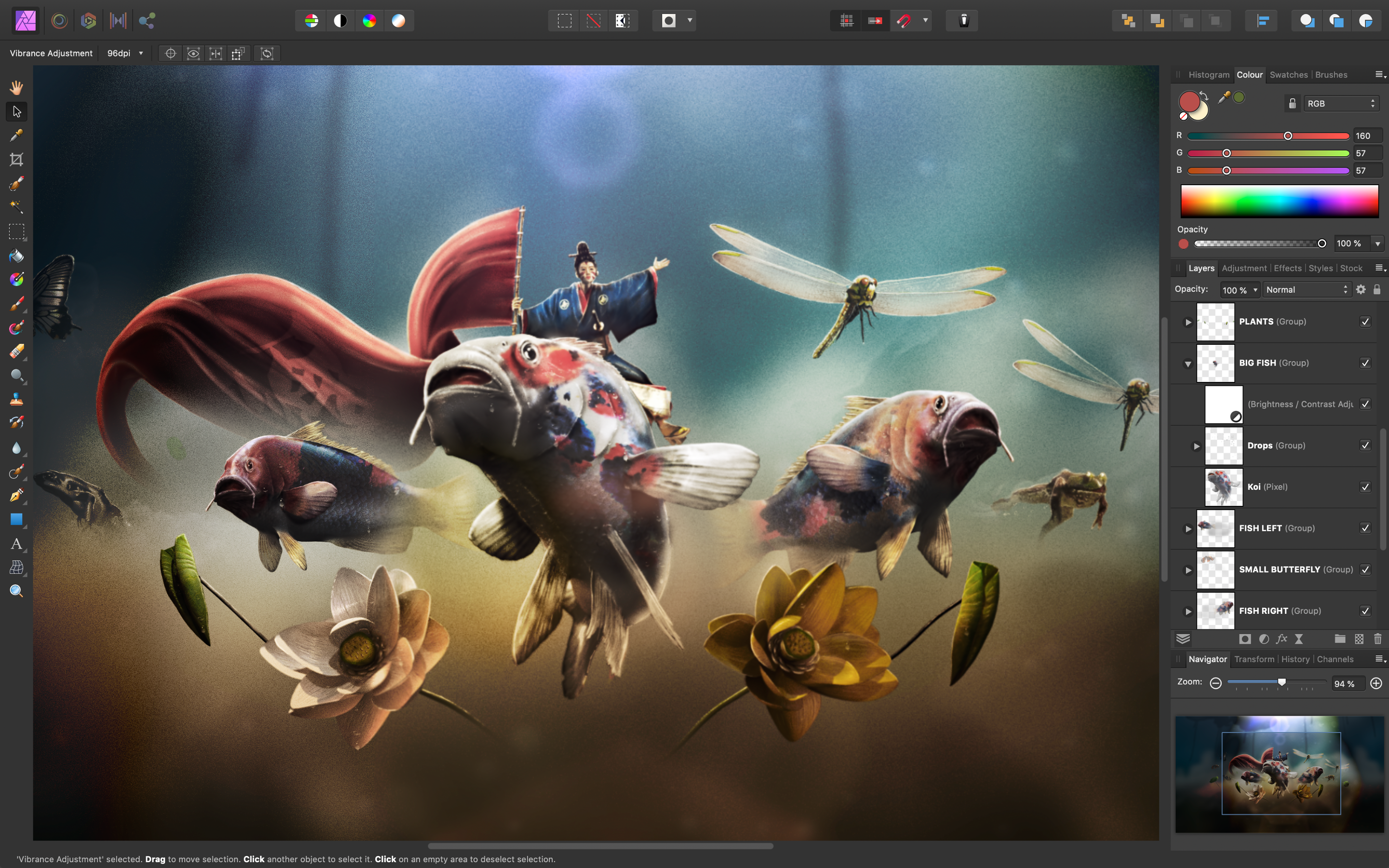 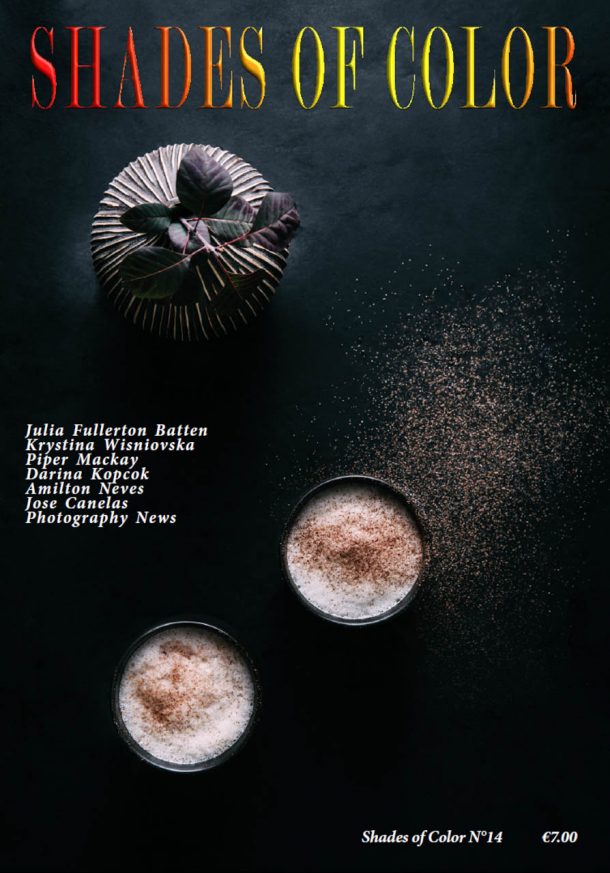