Selected from more than 48,000 of entries, an image of a young refugee -­‐ a traumatized Rohingya girl -­‐ is the overall winner of the 2018 Siena International Photo Awards (SIPA) contest. The photo, titled “Battle Victim”, was shot by documentary photographer K M Asad.

K M Asad / Siena International Photo Awards “Photographer of the Year 2018” The Bangladeshi photographer beat entrants from 156 countries to scoop the title of SIPAContest Photographer of the Year 2018. K M Asad captured this moment of a Rohingya refugee girl in the Thankhali refugee camp in Teknaf, Cox’s Bazar. She looks on at newly arrived refugees who fled to Bangladesh from Myanmar. The photo was shot on September 6, 2017: “Asmat Ara looks clearly traumatized after the recent violence which took place in Myanmar. The previous night she had entered with her family at Tenkhali Rohingya refugee camp from Kumar Khali, Myanmar Rohingya state,” K M Azad said in a recent interview.  According to the UNHCR, the UN Refugee Agency, more than 520.000 Rohingya refugees have fled from Myanmarsince August 25th, 2017, most of them trying to cross the border to reach Bangladesh. Tariq Zaidi, a freelance photographer based out of London, UK, represented by Zuma Press (USA) and Getty Images (UK), won the prestigious title of “Best Author 2018,” thanks to his powerful stories from Congo, North Corea, Brazil and Sudan.

in Travel & Adventures, Zac Lowry’s striking image shows a man running through a checkpoint carrying his injured son in West Mosul, Iraq. British documentary photographer David Chancellor came in first in Storyboard with an impressive series, documenting how, in Africa, trophy hunting is a big draw for rich tourists who are able to pay big money to kill animals for sport. His work examines mankind’s commodification of wildlife. Francisco Negroni, Chile, placed first in the Nature category for flashes of lightning that lacerate the sky while the glow from molten lava lights up the billowing smoke. The Wildlife category was won by Amos Nachoum, Israel, for a shocking image which shows a leopard seal getting into a lagoon just before he catches a penguin by its feet, dragging it into the open water. Klaus Lenzen, Germany, placed first in the General Color category with a picture taken in summer 2017 during a triathlon competition in the Duesseldorf Media Harbour; Sina Falker, Germany, placed first in “Splash of Colors,” the Special category for 2018, with a photo taken early in the morning before sunrise, where boats meet at the colorful Lok Baintan Floating Market in Indonesia; and Marcel van Balken, the Netherlands, placed first in the Monochrome category for a photo which highlights the modern architecture of Arnhem Central Station in the Netherlands. The People & Portrait category was won by David Nam Lip Lee, Malaysia, with a stunning image of a child of the Suri tribe in Ethiopia standing among traditional metal . Fyodor Savintsev, Russia, won Architecture with a picture of some Russian dachas near the city of Arkhangelsk, just after an intense snowfall. The Spanish photographer Ajuriaguerra Saiz Pedro Luis came in first in the category for an amazing image catching a pole vaulter’s reflection as he made his final jump.

The Under 20 prize went to Chinese photographer, Yinzhi Pan, for his beautifully detailed shot of a young fisherman captured at Inle Lake, Shan Plateau, Myanmar.

The winning photographers in categories are: 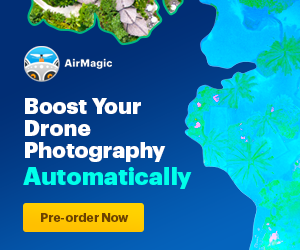 bar on the tricycle. Weiguo Hu

Guest Blog. Dasha Arts Forget everything you knew about Art. The world of art is so changed that it has narrowed to a point that can be called an art mafia. Collecting maybe is a thing of the past, because true collectors are gradually leaving for another world, and...
Read More

The International Landscape Photographer of the Year 2019

Open Walls Arles  Calling emerging and established photographers to submit work responding to the theme: GrowthBritish Journal of Photography in collaboration with Galerie Huit Arles have announced the second edition of OpenWalls Arles, an award aimed at creating...
Read More